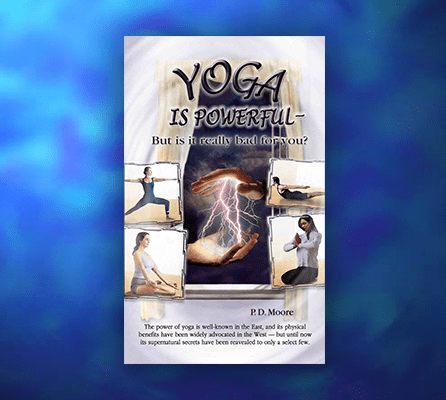 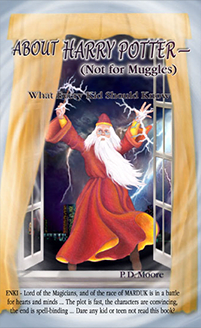 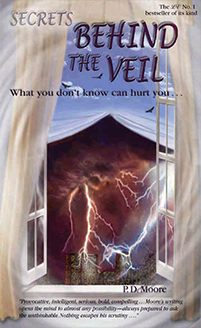 Yoga is Powerful - But is it Really Bad for You?

Despite its popularity amongst all walks of life, the power of Yoga (eastern meditation) remains one of the mysteries in life that boggles the mind.

Today Yoga is taught in schools, practiced in business environments, and prescribed by the medical community as a means of calming the mind and dealing with the ever increasing number of stress-related illnesses. However, the author of this book shows, with irrefutable proofs, backed by science and confessions from yoga gurus, that “Yoga is the progressive elimination of consciousness" in order to secure what is alleged to be "pure Self-awareness”.

He drives home the all-important point often overlooked by western Yoga enthusiasts, that Yoga “is not just a physical exercise, but has a strong psychic component as well." He says, 'You cannot remove the psychic, or occult aspects from Yoga. All Yoga, no matter what 'school' or how is has been Westernised, is a form of worship and spiritual exercise that puts the practitioner/participant in contact with the gods or deities of Yoga.' Every asana (yoga pose) is a posture of worship and an invitation, or invocation to one of these deities. Yoga poses are offerings to Hindu gods, says Dr. George P. Alexander, a Sri Lankan who grew up in India.

Yoga is prayer, Yoga is worship.... It matters not whether you are a believer or an Atheist, when you practice Yoga, you are engaged in worship, you are channelling to the gods of the eastern religions and opening yourself to powerful occult forces that have been shown in a scientific study to cause mild to serious psychiatric illnesses, including suicidal tendencies, and schizophrenia.

In fact, many individuals have suffered serious psychiatric Illnesses due to practicing Yoga, as a wide-ranging scientific study, supported by a Court finding, confirmed to be true. Yet, most practitioners and even Yoga teachers seem unaware of this potential danger. Indeed, most of you reading this will doubt it can be true.

That's what Annabel (not her real name), a 20-something year French woman thought. Just over five years ago, Annabel went on a silent meditation retreat in a large city in the North of England, for just 10 days. She says that everything was going OK until the seventh day, when she suddenly developed a panic attack. “It just felt like my brain literally exploded,” she told BBC reporter Jolyon Jenkins: “Then I felt like I was completely separated from my own body.” Her Yoga teachers did not know what to do or how to help her, and simply told her to carry on with the meditation. At the end of the course, when she somehow managed to make her way back to France, she "collapsed" in her mother’s house. Annabel told Jolyon Jenkins, “I tried to go on with my life but it was impossible. I could not get out of bed anymore, I could not eat. I was having symptoms of terror and panic. I had a lot of fear and I had ‘depersonalization’ - Jenkins explains, "that’s basically when you look at yourself in the mirror and you’re unable to recognize yourself". Annabel also suffered ‘derealization’, which as Jenkins says, "is when you look at the world around you and it seems unreal.” Annabel was admitted to a psychiatric hospital and had to be treated with anti-psychotic medication for her meditation. Jenkins reports that even "A year later, she is still on the drugs" and  “still have a long road ahead" of her.

You may think Annabel’s case is extreme but is is not as unusual at all. Most Yoga practitioners who suffer psychiatric illnesses will likely never associated it with Yoga. They and others will almost always attribute the cause to something else.  In writing this book, the author not only read research on the dangers of Yoga, but also spoke to a few people who had sound mental health until they got involved in Yoga, or meditation. In fact, in one case, a young woman, never quite made the connection, until she was told what many years of research had uncovered about Yoga's potential to cause psychiatric illnesses. Only then did the young British woman explain to the author that she never had any mental health issues all her life, but after taking up Yoga, she developed mental health problems that required long-term psychiatric intervention.

Apart from the main study mentioned earlier (details of which are in the book), a recent scientific report published in an academic paper cited individuals engaged in part-time meditation, found that a quarter of them had encountered “substantial difficulties”, including “challenging experiences of the self” and a “frightening dissolution of identity”.

In this concise and powerful book, "Yoga is Powerful - But is it Really Bad for You?", you will discover how Yoga works. What is the energy, or forces behind Yoga and meditation, as well as the occult powers that Yoga is meant to give to the practitioner.

You will learn details a major scientific study that proves Yoga very bad for your spiritually, and psychological well-being, including serious psychiatric illnesses!

You will understand the true reason Yoga has been called the “highest path to God-realization” and the means by which this most dangerous occult tool or method is subtly able to yoke you with the 'transcended Masters' or higher reincarnated beings, as well as the "Universal Soul" also called the Atman, or Sanat Kumara... But who or what is Sanat Kumara?

Learn of all these facts in my book "Yoga is Powerful - But is it Really Bad for You?" and discover the hidden and unspoken dangers to your mental health! And how you can avoid these pitfalls.